Still wrapped in my cocoon of reminiscence, I heard footsteps coming down the hall just as I’d finished the last words to the song. The other tenants were so quiet, I could hear a pin drop. I flipped the comb in my hand, wielding the sharpened end instead of the hygienic end and darted behind my shell of a refrigerator. The footsteps continued, the sounds indicating the carrier of feet grew closer and closer. A rattle on the door sent my heart into frantic palpitations followed by a complete seizure of beats. This was no toy soldier, they came in packs and never that late. The steps outside that night were heavier, somehow they felt more determined though to most they would be nearly noiseless.
I sidestepped back into place behind the fridge as the owner of the footsteps entered.
A male voice, scratchy and raspy, claimed he was with the government. I may have been sheltered as a child but I’d never acquired a taste for bullshit. And he reeked of it. Then he confessed, though I could tell by the pieced together, almost quilted clothes he wore, that he was no government agent.
Posted by Author Lila Felix at 12:00 AM No comments: 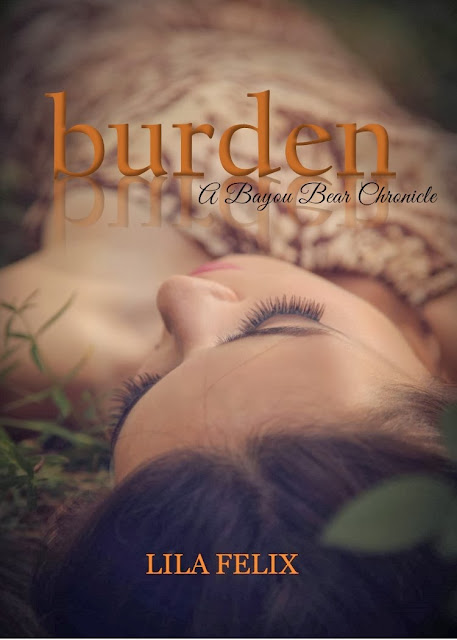 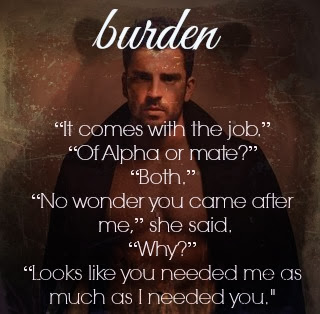 Posted by Author Lila Felix at 12:01 AM No comments: 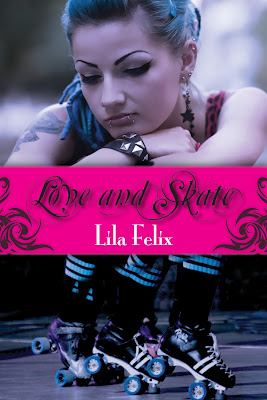 On the rink she’s tough, she’s a leader, she’s fast and she’s the epitome of a rebellious girl. But Nellie’s been hurt, only once, but it was enough to make her look at life through different eyes and off the rink she’s a timid girl who loves with no pretenses.
A long time ago Owen Black was betrayed by the girl he thought he loved and the guy he called his best friend. The anguish set off a domino effect of negativity in his life and he never has fully recovered. He meets Nellie Forrester and thinks he can let it go for her.
But how can you love someone when the wounds from your past are still wide open?

What others are saying about LOVE AND SKATE....

Lord, Love and Skate had me on a roller coaster of a ride. I was laughing one minute then crying the next.  Tee @ A Diary of a Book Addict

I literally couldn't put it down. I was wrapped up in this love affair of real people, who have real issues, and don't fit to the norms of society. Kathryn @ Tsk, Tsk What to Read

A sweet romance, just enough drama to keep things interesting, and a whole lotta swoon? What’s not to love!? Mike at Fabulous and Fun
Posted by Author Lila Felix at 6:00 AM No comments:

A Teaser from Sparrows For Free,
a contemporary romance coming soon.


It was the weekend I met Mara—I knew when I laid eyes on her that my life would never be the same. Of course, my naïve, cocky, self thought that meant I was gonna get laid for the first time. I think most people, if they had one wish, would go back and tell themselves to do something different. They’d make sure they didn’t do anything stupid or future altering. I just wanted to go back to that post-game party and drag Mara away from the teenager me—tell her that if she valued her life, if she valued life at all—she’d run and never look back. I would shake her if I had to, take her by the hand and pull her into another room, a car, a cab—anything. I’d scream in her face, ‘He’s gonna ruin you. He’s gonna make your life hell. He’s gonna screw up any hopes and dreams you’ve ever had. Run, Mara, run.’ 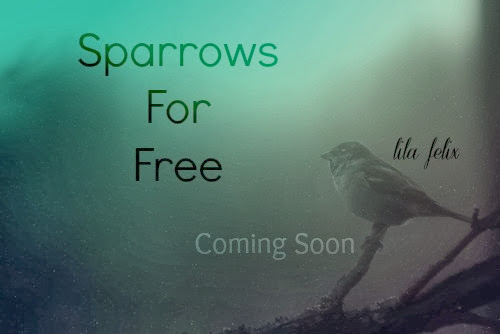 Posted by Author Lila Felix at 12:00 AM No comments:

Here is a little tease from BURDEN.

BURDEN will be releasing Jan 20, 2014.
Cover and blurb coming soon.

“Echo, we’re home. We just went through the gate.”

I dragged in a breath through my nose and instantly smelled the difference between where I’d been and where I was. Instead of snow and ice, I smelled sunshine and rich earth. I could feel the humidity in the air, the difference in atmosphere. Not to mention, there was no longer the rank muskiness always around me.

The cab broke out in laughter, “Who told you that you stink?”

“Horace, all the time. I swear, I spent more hours in the shower than in bed. But the grizzlies were the ones with the funk.”
That brought out a whole new round a masculine chuckles.

“You definitely don’t stink. And please, stop talking about being in the shower in front of others,” Hawke whispered in my ear, but from the snickers behind me, I knew they’d all heard. 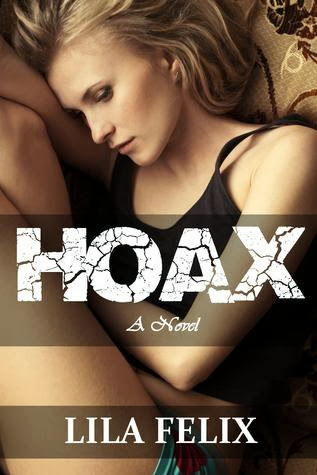 "The only complaint I have, is that I wasn't ready for it to end. I always look forward to another Lila Felix book!!" Heather Gunter, author of LOVE NOTES

"I tried to guess the ending, but Lila Felix somehow always finds a way to surprise me in the sequence, emotions, and eventually outcomes of her books. That’s what I really love about Felix’s books." Maggie from The Alternative Kyrptonite
Posted by Author Lila Felix at 6:00 AM No comments: 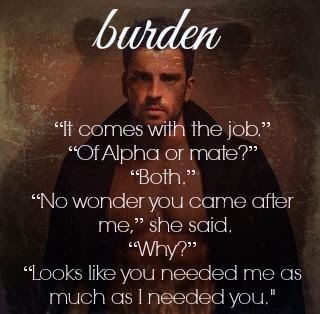 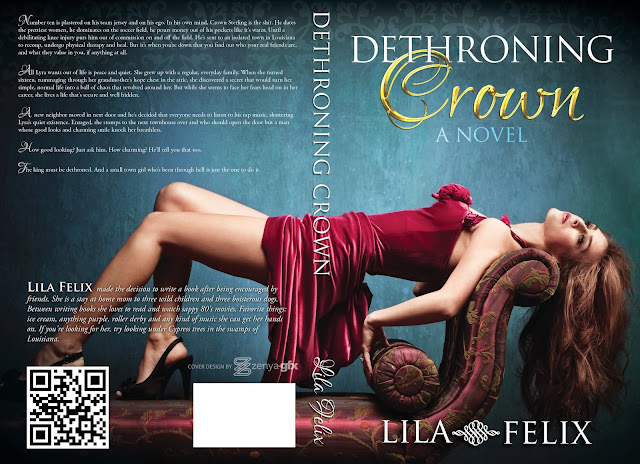 Number ten is plastered on his team jersey and on his ego. In his own mind, Crown Sterling is the shit. He dates the prettiest women, he dominates on the soccer field, he pours money out of his pockets like it’s water. Until a debilitating knee injury puts him out of commission on and off the field. He’s sent to an isolated town in Louisiana to recoup, undergo physical therapy and heal. But it’s when you’re down that you find out who your real friends are, and what they value in you, if anything at all.

All Lyra wants out of life is peace and quiet. She grew up with a regular, everyday family. When she turned sixteen, rummaging through her grandmother’s hope chest in the attic, she discovered a secret that would turn her simple, normal life into a ball of chaos that revolved around her. But while she seems to face her fears head on in her career, she lives a life that’s secure and well hidden.

A new neighbor moved in next door and he’s decided that everyone needs to listen to his rap music, shattering Lyra’s quiet existence. Enraged, she stomps to the next townhouse over and who should open the door but a man whose good looks and charming smile knock her breathless.

How good looking? Just ask him.

How charming? He’ll tell you that too.

The king must be dethroned.

And a small town girl who’s been through hell is just the one to do it.

Release Date: unknown at this time 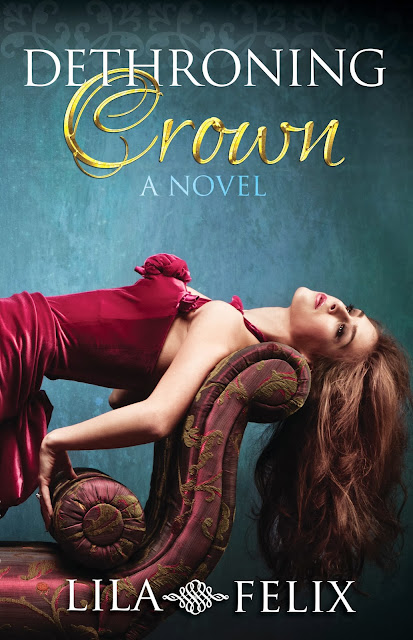