I'm sorry, that was my best attempt at a good title.

Now let's get excited about some prize winning!

Are you excited yet? Do you want to know what you have to do to get your hands on any one of these prizes? Okay, here goes. Each day two of us will post in our news letter a word, and the words will create a quote ( we will tell you which order our word is. Example: Word 3 is ***). You collect the words and on the final day enter the phrase into the google doc given to you and BOOM you are entered into the drawing!

But wait…there’s more. Each stop will have daily prizes from the author as well! #howawesome

The HUNT begins on August 17th and ends on Aug 24th. All prizes will be drawn by August 28th!
Good Luck everyone!!!

Do you want to get a head start on signing up for where each author will post? Okay, then! Here you go:
Links to Signup!
Rashelle Workman:  http://eepurl.com/sd_xP

Disclaimer: For any reason if we have a ‘failure to launch' meaning a author's news letter did not publish, on the final day you will be able to come here ( http://www.authorjamiemagee.com/jamies-blog/) to collect the missing word(s) for your entry.

The Authors will personally be responsible (with your partnership) to deliver book prizes to the winner selected.

GC will be emailed directly from Amazon to an agreed upon address.

Truth is truth, right? Not necessarily.
I’ve found out lately that I’ve been living under the umbrella of other people’s truths. Truths about the book world, truths about life and managing life—you name it, I took them as my own and coddled them like the Abominable Snowman did with Bugs Bunny.
I will love him and hold him and kiss him and feed him and name him George.
No—just no.
Only took me until the age of thirty-six to realize it too—sometimes I surprise myself at the level of moronism that dwells in my brain.
In taking on other people’s truths, we relinquish the right to our own truths. Moreover, their truths are based on their life and experience, so why in the name of fruit bats was I choosing to live by them?
For instance, and don’t get mad at me, some people are of the truth that when an author makes the NYT or USA Today list within a boxed set that it is somehow lesser than an author that made it on their own. I've even heard some authors say that others who make the lists with 99 cent books are somehow lesser than the ones who made it at full price. I’ve always been scared to even make a list with a boxed set because of this. I thought, ‘Well, if I ever make one (which I have NEVER been close), then I’ll just pretend it didn’t happen.’ Why? Why in the hell would I allow someone else’s truth to manifest itself in my life and how I run things? I'm calling bullshit. I am proud as heck of ANYONE who makes any list. I don’t care if they are part of a seventeen-thousand author boxed set about paranormal Ligers—I am amazed by their accomplishments and applaud them. I hope they redo all of their covers to read ‘NYT Bestseller’ because that’s what they are—period. No one with their comments or unsolicited opinions can take that away from them. And just because their truth is that it’s not legit doesn’t mean it isn’t.
Your name’s on the NYT Bestseller list? OWN THAT SHIT. Own it ‘til the fat woman sings and your eyes bleed. (Not really, don’t hurt yourself.)
So now, when I hear someone say something that doesn’t settle right with me, I ask myself, ‘Is that their truth or mine?’ If it’s mine, then I can let it lay, but if it’s not, then I disown it. Does that mean the other person is wrong? No. It just means they play by their own honesty and experience—and that’s their right. For that matter, it’s my right not to own their truth.
Sometimes it’s hard to stay away—it really is. Social media platforms allow us to show the world our truths, blast them internationally for all to see—but that doesn’t mean we have to adopt them ourselves. And it doesn’t mean it’s the right outlet to do so. It’s okay not to spout our truths to others.
Enough of my blabber. Here’s what’s up with me.

What I’m reading: I’ve moved on from Neil Gaiman. He’s brilliant, don’t get me wrong, but I’m taking a break from him. I’m re-reading The Barking Mad Take of a Teenage Werewolf by Katella Stegmann. If you haven’t read this series, it’s brilliant and complete! No waiting for sequels!

What I’m listening to: I’ve been obsessed with all things beach and Hawaii lately. I kind of need a vacation. So, 311 and Everclear have been loud on my playlist along with the Blue Crush soundtrack. I needses the sand in my toeses. (misspelling intended)

What I’m watching: Honestly, the only thing I’ve watched lately is Flipping Out and Extreme Weight Loss. I’m waiting on Fear The Walking Dead! Cannot wait!

What I’m working on: Lightning Forgotten (Lucent 2) and Meet Me Halfway (an Inspirational Romance) 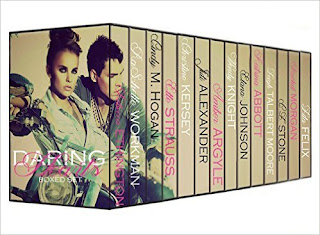 Like what you seen today? You can read it before it goes out on the blog just by clicking the tab way up at the top marked "Newsletter Sign Up"

Posted by Author Lila Felix at 12:00 PM No comments: 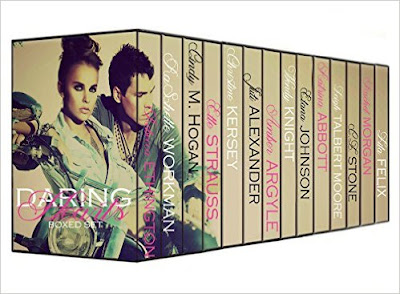 And now an excerpt from my novella, included in this amazing set!

“How long,” my dastardly guidance counselor demanded in a tone befitting her station in life. It was rumored she teetered on the cusp of becoming the next Assistant Principal, but had been thwarted by her own sister, the Director of the Magnet Program. 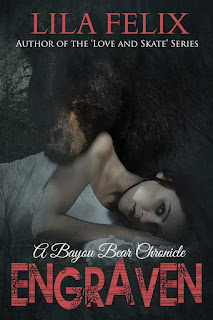 Tarrow Rivers is determined to wait on his mate, he scents her in the swamps, can see her in the trees, but he knows she's not ready to meet him. Yet fate has other plans. Dahlia Branch has been groomed for an independent life since birth. Clans are something she's always been warned against. She knew she would never be a part of one...until she finds Tarrow, who is not only a loyal clan member but one of their Betas. 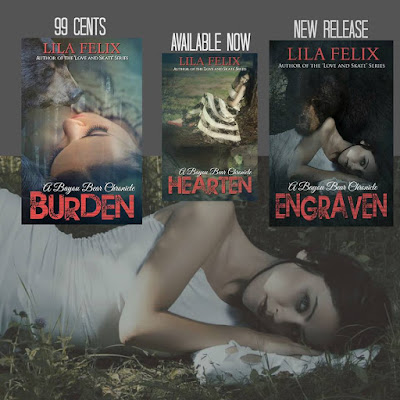