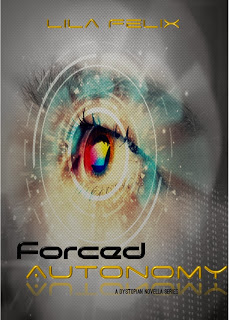 This is how I’m gonna die. Not by machine or a shot to the head. I wouldn’t be lucky enough to just get thrown into the furnace. No, this effing hangnail—well, used to be hangnail, would be the end of me. A throbbing, pustule filled toe cavity would evolve into a full blown infection and then sepsis. Yes, death by sepsis. Now that sounds like my luck. Fever and a bum toe, so damned classy. I would’ve dug into myself, pulled out a lung and happily traded it for a dollar store first aid kit and some toe nail clippers at that point—I really would’ve. I’d picked the object of my malcontent from my toe with a sliver of metal I’d found on the ground in the factory. I didn’t often find metal in my factory, so I scooped it up at once, hoping the cameras didn’t detect my movement. That night by the light of a flashlight I’d stolen from one of the maintenance drones, I fashioned a rudimentary pair of tweezers out of the sharp, ragged metal. They didn’t work very well. Jerking and pulling, it took me nearly a damned hour to release the painful, jagged hangnail from its solitary confinement on the side of my toe. And I used the same tool to break through the bubble which had taken residence in its place. Hissing through my teeth at the sea sick green globule emerging from my toe, I wished for hydrogen peroxide—or that new skin stuff that burned like glowing brimstone itself. It released its prisoner of infection and throbbed in protest. I washed it the best I could with grime water courtesy of the hyper-recycled water bottle I’d once found behind the building. I used it to steal water from the bathroom in the factory.  I’d never stolen in my life before the collapse.  I’d once perfected the good girl routine, at least superficially. I dressed the part, cutesy vintage dresses that showed just the peep of a knee and nothing more. I kept my hair at that length, below shoulder—so that I could be accused of neither having short hair nor long. I certainly didn’t want to anger anyone with the length of my hair. My shoes were not flats which registered goody two shoes, but they weren’t too high, because that registered whore. I made straight A’s, I smiled when prompted and I never—ever moved an inch out of my little square. That’s what was expected of me. And I didn’t let anyone down.  But that time of my life and my family were long gone.  I tore a strip of cloth from my blanket and tied the wound up in a makeshift bandage. It would have to do until the next day. Then I’d have to take it off, letting the open, gaping hole exposed to the elements, the filth of the streets and the dirt of my work. It would get infected for sure. A wound that before could be cured with a hefty co-pay and five minutes of the good doctor’s time. But all the doctors, nurses and anyone else who had the knowledge or knowhow they needed had been swept away to other countries.  Robots didn’t need medical care. I lay on my back, my worn and tattered blanket making a sad pillow behind my neck and let my back spasm, trying to relax against the unrelenting, cold concrete floor. I fondled atop the window sill for my comb. Another thing I’d found or stole. I couldn’t remember which. There was a fine line between the two and no one left to define it for me. I combed through the tangles and tried to manifest a song in my head. The first one that came to my head was “Time of the Season” by the Zombies. My mom loved hippie music. She always dressed like a flower child for Halloween. I sang out the melodic, cool lyrics and giggled a little as I sway danced while lying down. The soldiers had just made rounds seventeen days ago and wouldn’t be back for a while—so there was no one to catch me singing or even giggling. I finished de-knotting my hair and pulled a greasy chunk to my nose. I already knew what it was going to smell like. It’s not like the strands had grown a garden of lavender while I worked that day. But I sniffed anyway, the scent reminiscent of dirt and body odor. It was a habit I’d failed to break, even after everything came crashing down. I used to revel in the smell of my hair, a weird and slightly obsessive compulsion. But there was no satisfaction to be held in the smell of my hair in that dump. I gagged on a daily basis from the plethora of blasphemous smells around me. I was a gagger anyway. I’d gag if someone described something gruesome in detail. I gagged if something gross came on TV. Like when my dad would watch one of those shows were people’s eyeballs were infested with parasitic worms or about kid who had flesh eating bacteria from eating cat feces in their turtle shaped sand pit. Pain and general ickyness never sat well with me. I passed out cold the first time I tried to use a tampon. I knocked my head on the tub beside me and came out with a defeated attitude and a goose egg which had to be iced.


Yet I still had failed to use a tampon like a big girl. The tampons had gone into the trash. They’d managed to soak up what was left of my pride. A few days after I’d been working in my first factory—we made wooden shipping crates—I got a splinter in my finger. I worked with it for the rest of the day but by the time I got home it stung and whelped in anger. So that night, under the light of the moon flowing through my barred window, I quickly got over my fear of surgery and blood, completely by necessity. Many girly squeals and winces later, I was practically a suture expert. But the smells of those around me and the environment I was forced to work in—I just couldn’t take it. One woman, who somehow routinely stood beside me in the factory line, smelled particularly ripe and while the camera was turned and the turds in uniforms weren’t looking, I sprayed in her general direction with a stray can of WD-40. I burrowed a smile down into my white shirt—WD-40 never smelled so good.  Still wrapped in my cocoon of reminiscence, I heard footsteps coming down the hall just as I’d finished the last words to the song. The other tenants were so quiet, I could hear a pin drop. I flipped the comb in my hand, wielding the sharpened end, instead of the hygienic end and darted behind my shell of a refrigerator. The footsteps continued, the sounds indicating the carrier of feet grew closer and closer. A rattle on the door sent my heart into frantic palpitations followed by a complete seizure of beats. This was no toy soldier. They came in packs and never that late. The steps outside that night were heavier. Somehow they felt more determined though to most they would be nearly noiseless.  I sidestepped back into place behind the fridge as the owner of the footsteps entered. A male voice, scratchy and raspy claimed he was with the government. I may have been sheltered as a child but I’d never acquired a taste for bullshit. And he reeked of it. Then he confessed, though I could tell by the pieced together, almost quilted clothes he wore, that he was no government agent. His hair was the color of beach sand and pulled back in a ponytail, fastened with what looked like suede twine, the kind people used to make those salvation bracelets at summer Christian camp. He squinted as he explained that his job was to search for people like me. His light brown irises looked directly into mine, signaling a teller of the truth. He resembled a lost boy, maybe stranded on an island.  He said he was there to take me away. Anything has to be better than this.


I sent him to the next apartment, determined to make a break for it. I would need a carrier for the tracking device burrowed in my skin if I had any chance to get away. Over the years I’d contemplated every way I could to turn the damned thing off. I’d tried to drown it, burn it and even purposefully gotten my arm caught in one of the machines—all to no avail. I allowed myself one deep breath before I carved into my own arm, around and underneath the triangle metal tracker they’d embedded in my arm so long ago. It tracked me everywhere, but not everyone had one. Sooner than later, Lawson, that was his name, chauffeured in Mildred, and I began to give her a little taste of my luck. Desperate and wondering if that chance was my only chance at freedom, the decision was made to throw poor, unassuming Mildred under the proverbial bus. I didn’t know this guy. I didn’t really know where he was from or what he would do to me. But even death would provide me prayed for relief from my subpar existence. Some scavenged duct tape did the trick, and now my fate was temporarily connected to Mildred’s leg.

You can grab your Copy of Forced Autonomy HERE